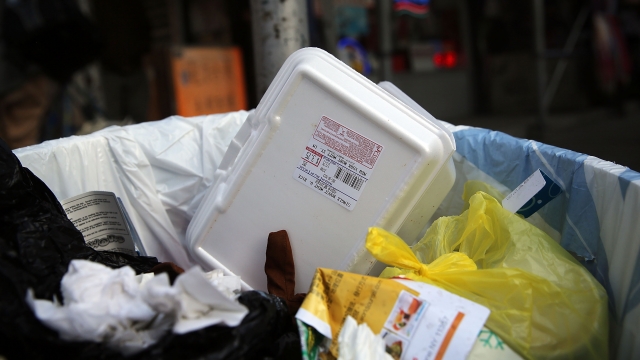 Maine is now the first state in the U.S. to officially ban Styrofoam food containers.

The state's governor signed a bill into law Tuesday that'll prohibit restaurants and other food establishments from using the foam containers.

It's a move that aims to help curb foam pollution that's toxic to ecosystems. The Styrofoam material, which is called polystyrene, typically can't be recycled.

According to a 2018 report from environmental group Ocean Conservancy, foam is one of the top 10 most common beach litter items in the world.

Multiple other states have been implementing regulations to reduce pollution, like banning single-use plastics and other disposable products.

In fact, lawmakers in Maryland have also approved legislation to ban Styrofoam, but the governor there hasn't indicated whether he'll sign it or not.