Maine's Testing Out Its Ranked Voting System In Tuesday's Primary 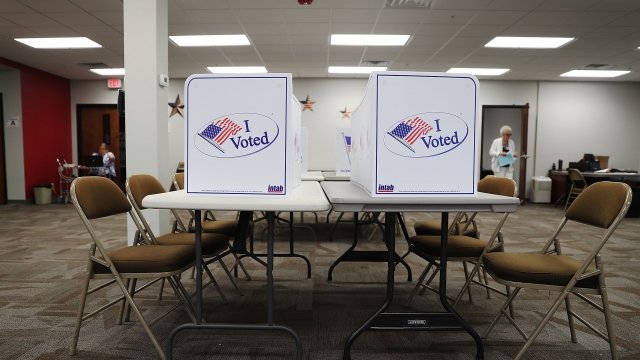 SMS
Maine's Testing Out Its Ranked Voting System In Tuesday's Primary
By Ethan Weston
By Ethan Weston
June 10, 2018
Maine approved ranked voting in 2016. It's the first state to use the system in the country.
SHOW TRANSCRIPT

A few states have primaries Tuesday. But one of those states, Maine, will be doing things a bit differently. Voters there will be ranking politicians from favorite to least favorite in the ballot box.

Voters will rank their top choices. If no candidate gets a majority, the lowest-ranked candidate is thrown out, and those ballots are recast for voters' second choices. The process goes on until someone gets enough votes to win.

The system is called ranked voting, and Maine is the first state in the country to use it. Maine approved the system in 2016, and advocates say it encourages politicians to form coalitions of supporters.

Some candidates have taken that to heart. Two Democratic candidates, Betsy Sweet and Mark Eves, are encouraging their supporters to vote for their opponent as well.

"So on June 12, you can vote for me first and Betsy second," Eves says in an ad.

"Or me first and him second," Sweet replies.

But opponents of the system say it's more expensive and more confusing than a single-vote system. And Republicans in the state are encouraging people to only cast a vote for their first choice.

On Tuesday, voters in Maine won't just be deciding on candidates for the November 2018 election. They'll also be voting on whether to keep the ranked system in place.