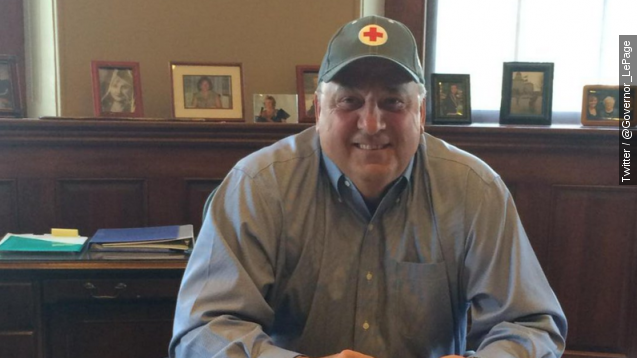 Paul LePage, Maine's governor, is facing criticism after making what some are calling racial remarks when talking about the state's drug problem.

Maine’s governor, Paul LePage, is facing criticism for what some are calling a racist remark he made while talking about drug dealers during a town hall meeting about the state’s heroin problem.

“These are guys that are named D-Money, Smoothie, Shifty. These type of guys who come from Connecticut and New York, they come up here, they sell their heroin, then they go back home. Incidentally, half the time they impregnate a young white girl before they leave,” LePage said. (Video via WCSH)

After news of the remarks spread, the governor’s communications director denied that what LePage said was racially motivated.

“The governor is not making comments about race. Race is irrelevant. … We need to stop the drug traffickers from coming into our state.”

Maine has had a problem with heroin, stemming from abuse of opioid painkillers like OxyContin in years past. Following a statewide crackdown on those prescription drugs, abusers turned to heroin, and drug dealers have started coming across state lines to fill the demand.

But it’s unfair to make the issue a racial one. It’s tough to know the statistical breakdown of drug dealers, but a 2014 study in the Journal of the American Medical Association said 90 percent of new heroin users since 2004 were white.

Gov. LePage has a history of making racially charged headlines. He reportedly said that president Obama hates white people at a fundraiser in 2013. (Video via WGME)