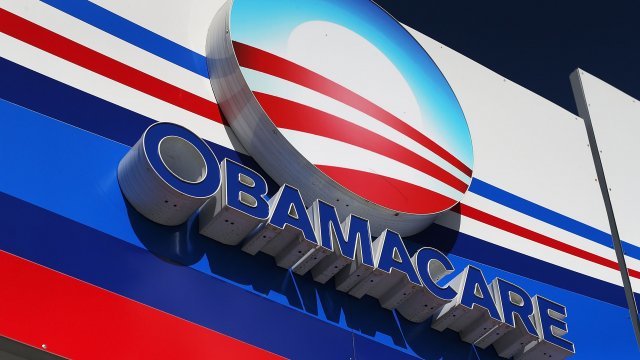 Maine voted to expand Medicaid under Obamacare, but it's not clear if that will happen.

Maine just decisively voted to expand Medicaid under Obamacare, making it the first state to do so through a ballot measure. But the state's Republican Gov. Paul LePage says he won't expand the program unless it's fully funded by the government.

The thing is, he might not have the power to do that.

In a nutshell, Maine's constitution says governors can't veto ballot box measures. But they can require the state legislature to approve funds on any proposal that requires the state to spend money, which this does.

Open enrollment for Obamacare 2018 plans began Nov. 1. For most states, the last day to sign up is Dec. 15.

And once a state elects to join the Medicaid expansion, it's required to follow federal laws about its implementation. If LePage tries to get in the way of those laws, he may get sued.

Maine's House Speaker Sara Gideon said legislators will move forward on expanding Medicaid, and that "any attempts to illegally delay or subvert this law will not be tolerated and will be fought with every recourse at our disposal."

The federal government gives every state the option to expand Medicaid, and until this year it fully funded any state's decision to do so. Now the government covers 95 percent of the cost, and some states have opted to tax residents to cover the rest.

Government funding is scheduled to dwindle to 90 percent in 2020.

LePage says expanding Medicaid would be "ruinous to Maine's budget." And he's felt that way since before the government decreased its Medicaid funding: He vetoed expansion efforts five times in the past.

But LePage won't have to face any angry constituents for long. He's currently serving his second term in a two-term-limit governorship.