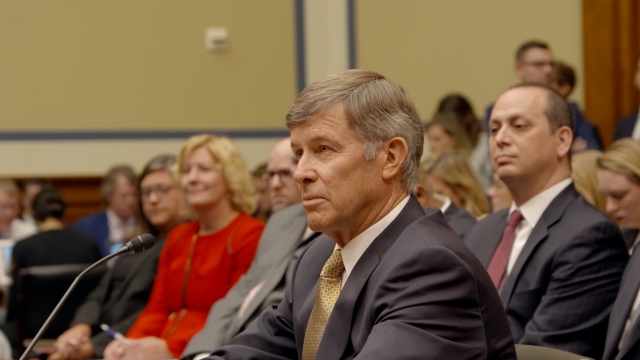 The acting director of national intelligence says nobody in the White House or Department of Justice pressured him to try to bury a whistleblower complaint against the president.

Maguire also defended his decision to not turn over the complaint to Congress within seven days as the law requires for an "urgent concern." He says it didn't meet that standard.

"I believe everything here in this matter is totally unprecedented," the acting DNI said.

Two of the nine Republicans on the House Intelligence Committee expressed disapproval with the call as a whole. Rep. Will Hurd sent out a tweet just as the hearing got underway. Rep. Mike Turner said the transcript is disappointing to the American public.

"I want to say to the president: This is not OK. That conversation is not OK," Turner said.

The other Republicans framed this as part of the continued "witch hunt" of the president and, in part, blamed the media.

"With the Russia hoax, it was our intelligence agencies which were turned into a political weapon to target the president, and today it is the whistleblower process which is the casualty," Rep. Devin Nunes said.

Republicans focused largely on other areas of concern, like information about presidential phone calls and leaking. They also criticized  the whistleblower for only learning about the information secondhand.

The intelligence committee is working to meet with the whistleblower himself and is planning to work through the next two weeks of congressional recess. Part of the delay is getting necessary security clearances in place for the whistleblower's lawyers.