Magnetic Pulses Could Be A Key In Treating Anorexia 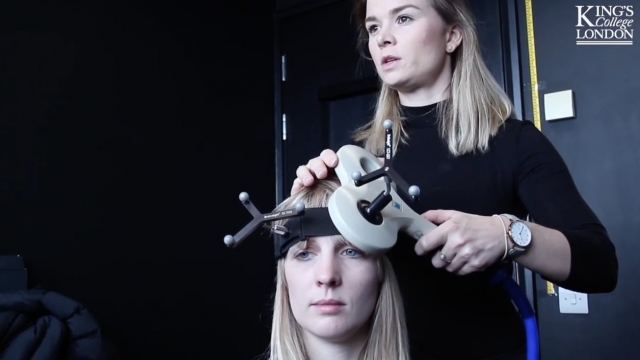 The treatment, known as rTMS, has already been approved for those who suffer from depression.

Anorexia is a notoriously difficult disease to treat, but new work from King's College London shows a noninvasive treatment known as rTMS could reduce the symptoms almost immediately.

The technique involves sending magnetic pulses to specific areas of the brain. In this study's case, they were sent to the dorsolateral prefrontal cortex, a region associated with self-regulation.

Just one session was enough to reduce symptoms for participants with anorexia, like the urge to restrict eating, feeling full and feeling fat.

Participants who underwent rTMS treatment instead of a placebo were also better at delaying rewards. The researchers say that's a sign of wiser decision-making.

The study is promising, and the researchers are now testing whether repeated sessions can effectively treat patients over the long run.

Similar rTMS treatments for depression have already been approved by the FDA, though studies on their effectiveness for that disease have been mixed.

This video includes clips from King's College London and BBC.