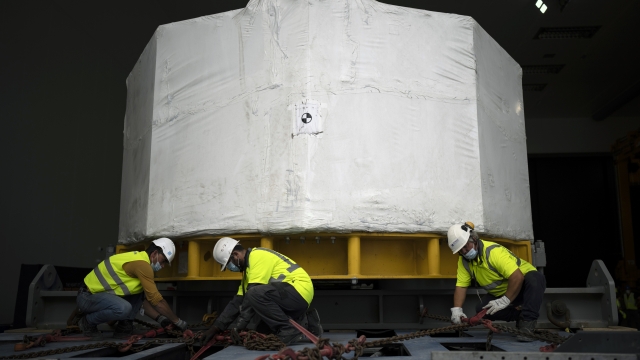 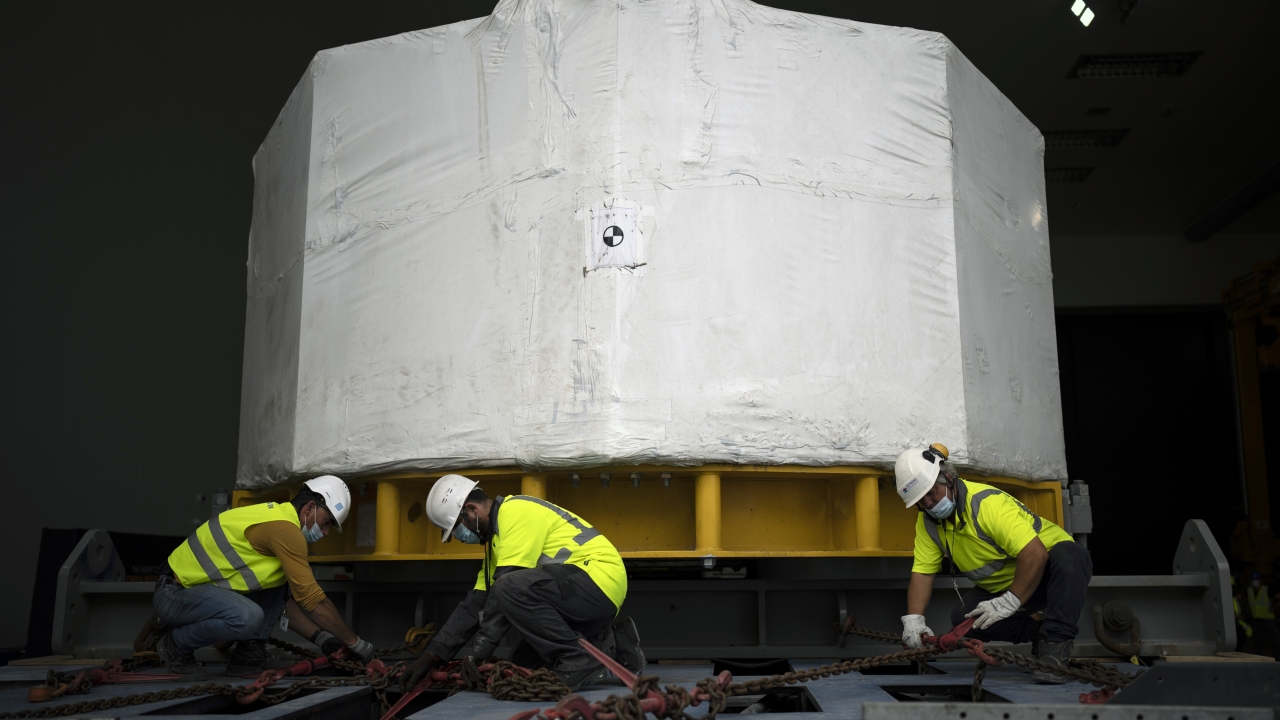 Teams working on two continents have marked similar milestones in their respective efforts to tap an energy source key to the fight against climate change: They've each produced very impressive magnets.

On Thursday, scientists at the International Thermonuclear Experimental Reactor in southern France took delivery of the first part of a massive magnet so strong its American manufacturer claims it can lift an aircraft carrier.

Almost 60 feet tall and 14 feet in diameter when fully assembled, the magnet is a crucial component in the attempt by 35 nations to master nuclear fusion.

Massachusetts Institute of Technology scientists and a private company announced separately this week that they, too, have hit a milestone with the successful test of the world's strongest high temperature superconducting magnet that may allow the team to leapfrog ITER in the race to build a 'sun on earth.'

Unlike existing fission reactors that produce radioactive waste and sometimes catastrophic meltdowns, proponents of fusion say it offers a clean and virtually limitless supply of energy. If, that is, scientists and engineers can figure out how to harness it — they have been working on the problem for nearly a century.

Rather than splitting atoms, fusion mimics a process that occurs naturally in stars to meld two hydrogen atoms together and produce a helium atom — as well as a whole load of energy.

Achieving fusion requires unimaginable amounts of heat and pressure. One approach to achieving that is to turn the hydrogen into an electrically charged gas, or plasma, which is then controlled in a donut-shaped vacuum chamber.

This is done with the help of powerful superconducting magnets such as the 'central solenoid' that General Atomics began shipping from San Diego to France this summer.

Scientists say ITER is now 75% complete and they aim to fire up the reactor by early 2026.

"Each completion of a major first-of-a-kind component — such as the central solenoid's first module — increases our confidence that we can complete the complex engineering of the full machine," said ITER's spokesman Laban Coblentz.

The ultimate goal is to produce ten times more energy by 2035 than is required to heat up the plasma, thereby proving that fusion technology is viable.

Among those hoping to beat them to the prize is the team in Massachusetts, which said it has managed to create magnetic field twice that of ITER's with a magnet about 40 times smaller.

The scientists from MIT and Commonwealth Fusion Systems said they may have a device ready for everyday use in the early 2030s.

While not designed to produce electricity itself, ITER would also serve as the blueprint for similar but more sophisticated reactors if it is successful.

Proponents of the project argue that even if it fails, the countries involved will have mastered technical skills that can be used in other fields, from particle physics to designing advanced materials capable of withstanding the heat of the sun.

All nations contributing to the project — including the United States, Russia, China, Japan, India, South Korea and much of Europe — share in the $20 billion cost and benefit jointly from the scientific results and intellectual property generated.

The central solenoid is just one of 12 large U.S. contributions to ITER, each of which is built by American companies, with funds allocated by Congress going toward U.S. jobs.

"Having the first module safely delivered to the ITER facility is such a triumph because every part of the manufacturing process had to be designed from the ground up," said John Smith, director of engineering and projects at General Atomics.

The company spent years developing new technologies and methods to make and move the magnet parts, including coils weighing 250,000 pounds, across their facility and then around the globe.

"The engineering know-how that was established during this period is going to be invaluable for future projects of this scale," said Smith.

"The goal of ITER is to prove that fusion can be a viable and economically practical source of energy, but we are already looking ahead at what comes next," he added. "That's going to be key to making fusion work commercially, and we now have a good idea of what needs to happen to get there."

Betting on nuclear energy — first fission and then fusion — is still the world's best chance drastically cut greenhouse gas emissions to zero by 2050, said Frederick Bordry, who oversaw the design and construction of another fiendishly complex scientific machine, the Large Hadron Collider at CERN.

"When we speak about the cost of ITER, it's peanuts in comparison with the impact of climate change," he said. "We will have to have the money for it."