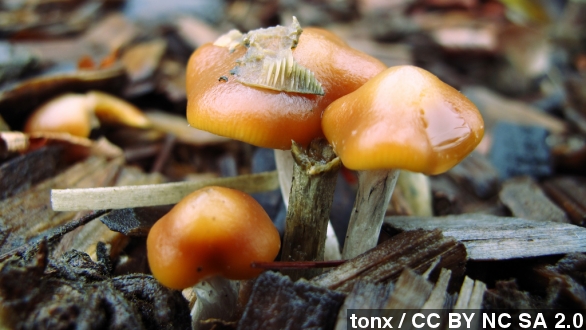 There are several ways to quit smoking cigarettes. Patches. Gum. Cold Turkey. But new research from Johns Hopkins University says heavy cigarette smokers might need to take a trip to kick the habit.

And by "take a trip," I mean take shrooms. Like, psychedelic shrooms.

For the study, researchers used 10 men and five women who smoked, on average, 19 cigarettes a day for more than 30 years. Study participants were given two 20 mg psilocybin pills each, in two separate sessions, and then spent six-seven hours per session with researchers in a "homelike" setting.

The drugs were coupled with behavioral therapy sessions where participants were asked to write in a diary to keep track of cigarette cravings. CBS writes, "After six months, 80 percent of participants who were given the psychedelic drug were still not lighting up."

According to researchers, that's more than double the cessation rate of smokers who use varenicline, an anti-nicotine addiction drug better known as Chantix.

What's interesting is that researchers don't exactly know if the shrooms or the behavioral therapy sessions contributed more to the participants quitting smoking.

But we do know magic mushrooms have been used for therapeutic purposes before to treat disorders like depression. David Nutt, co-author of a previous psilocybin study, told CNN back in 2008, "We have found that these drugs turn off the parts of the brain that integrate sensations – seeing, hearing, feeling – with thinking." Somehow, this leads to successful, long-lasting treatments.

The most recent study's lead author Matthew Johnson told Bloomberg the hallucinogens in the psilocybin pills aren't addictive and added, "The fascinating thing is that the experiences with these hallucinogenic compounds can change people."

Johnson says this study isn't an endorsement of taking drugs at home to quit smoking. His next study will compare the quit rates of smokers using psilocybin to smokers using nicotine patches.