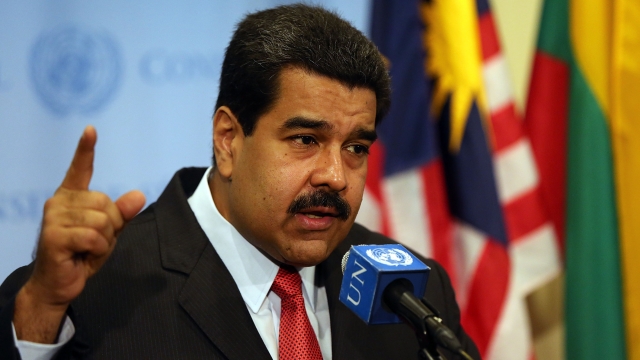 Venezuelan President Nicolás Maduro said the Trump administration has been holding secret meetings with his government. He revealed this during an interview with the Associated Press on Thursday.

Maduro reportedly said his foreign minister met with the U.S. special envoy to Venezuela twice for meetings in New York, which each lasted several hours. He claims his official invited the U.S. envoy to visit Venezuela "privately, publicly or secretly."

The United States has not responded to the claims publicly, but a senior official told A.P. that U.S. officials are willing to meet with "former Venezuela officials, including Maduro himself, to discuss their exit plans."

Relations between the U.S. and Venezuela have been pretty rocky recently. The U.S. Treasury announced Friday it is sanctioning five of Maduro's officials involved in security, intelligence, and QUOTE "facilitating Maduro's corruption and predation." The sanction blocks these individuals from doing business with anyone in the United States.

And Cuba recently accused the U.S. of secretly moving special forces closer to Venezuela to prepare for a "military adventure under the guise of a 'humanitarian intervention.'"