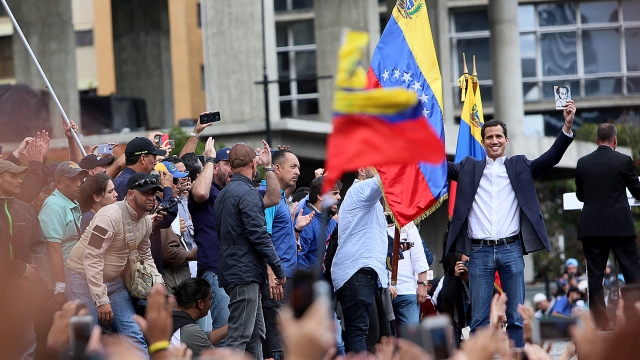 Venezuelan President Nicolás Maduro has rejected the ultimatum given to him by four European nations.

Spain, Germany, France and the U.K. issued Maduro an ultimatum to call fair elections on Saturday after almost a week of protests in the South American nation.

All four countries tweeted roughly the same statement, saying that Maduro has eight days to "[call] just, free, transparent, and democratic elections," or the countries would recognize opposition leader Juan Guaido as interim president of Venezuela. But Maduro said Sunday there would be no further elections and that Guaido's presidency would be unconstitutional.

Maduro was sworn in for a second term earlier this month after a hotly disputed election. Opposition leaders and many foreign countries didn't consider the election legitimate, in part because some of Maduro's opponents were barred from participating. Guaido, the head of Venezuela's National Assembly, declared himself the country's interim president. The U.S. and several other countries have already recognized Guaido as Venezuela's official leader.

On Saturday, U.S. Secretary of State Mike Pompeo called for the rest of the world to get involved.

"Now it's time for every other nation to pick a side. No more delays, no more games. Either you stand with the forces of freedom, or you're in league with Maduro and his mayhem."