Norway Might Be Brokering Negotiations Between Maduro And Guaidó 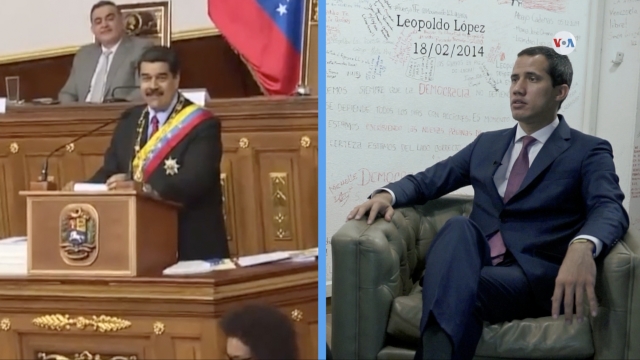 Venezuela has been engulfed in a political crisis for months, and now the opposing sides might be talking to each other with the help of Norway.

Representatives of Venezuelan President Nicolás Maduro and opposition leader Juan Guaidó are meeting in Norway, according to multiple media outlets.

The two sides have been at odds since January, when Guaidó declared himself interim president. In late April, Guaidó encouraged his supporters to take to the streets to force Maduro to step down. Maduro viewed that as an attempted coup.

Guaidó has the support of the U.S., plus dozens of other countries across Latin America and Europe. Maduro's biggest supporters are Russia and Cuba.

Neither side confirmed participation in the Norway talks. But the reported negotiations offer a glimmer of hope that there could be an end to the ongoing political crisis.