Macy's Can't Get Out Of Sales Slump, Even After The Holidays 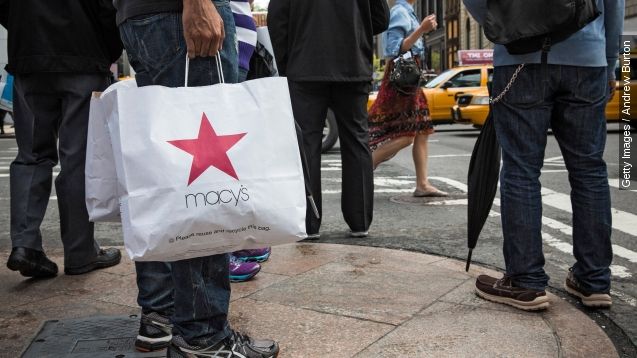 SMS
Macy's Can't Get Out Of Sales Slump, Even After The Holidays
By Ben Lawson
By Ben Lawson
January 7, 2016
Macy's says its downward sales trend isn't expected to let up as it announces thousands of layoffs.
SHOW TRANSCRIPT

The holiday shopping season wasn't enough to give Macy's the boost it needed to prevent a round of layoffs.

In November and December, sales at Macy's stores fell 5.2 percent compared to the same time period the previous year. Now, the company has announced it will eliminate thousands of positions, both in stores and among its management.

In a press release, the company blamed unseasonably warm weather for the decline in sales, saying it saw an 80 percent drop in sales of cold-weather clothes. (Video via Macy's)

And the company advised the trend could continue over the next month.

Macy's board has recently been fending off calls from activist investors to spin off its real estate into a separate business. It's estimated those properties could be worth $21 billion, double the company's current market value. (Video via Macy's)

Macy's also announced more detailed plans to close 40 stores over the next year.