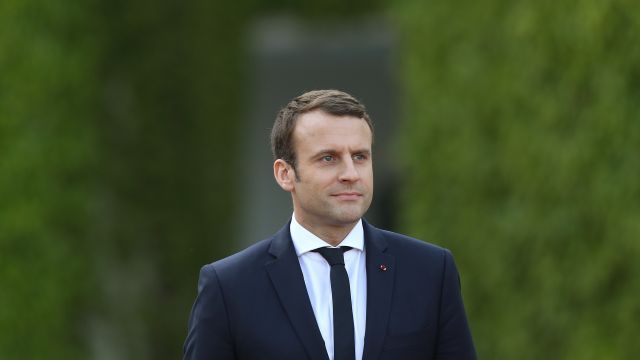 French President Emmanuel Macron is doing a bit of, shall we say, diplomatic trolling on President Donald Trump.

Trump said he intends to exit the Paris climate agreement, and that got Macron in front of a camera. He spoke directly to scientists and engineers in the U.S.

"To all scientists, engineers, entrepreneurs, responsible citizens who were disappointed by the decision of the president of the United States, I want to say that they will find in France a second homeland," Macron said in an address after Trump's announcement. "I call on them: Come and work here with us." Macron even ended his speech with, "Make our planet great again." 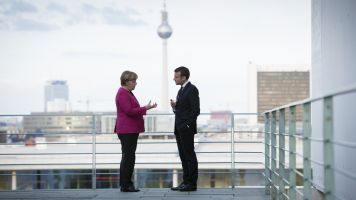 How Did The G7 Meetings Go? Depends On Which World Leader You Ask

Then, on Friday, the French government decided to take on Trump's message directly.

After the White House put out a video detailing why it wants to leave the deal, the French Ministry for Foreign Affairs tweeted an annotated version of the same video, offering another take on the arguments.

The clip illustrates what's already a somewhat tense relationship between Trump and Macron. At a meeting in Brussels last week, the two men shared a painful-looking handshake, something Macron admits "wasn't innocent."