Macron Spent His First Full Day As President In Germany 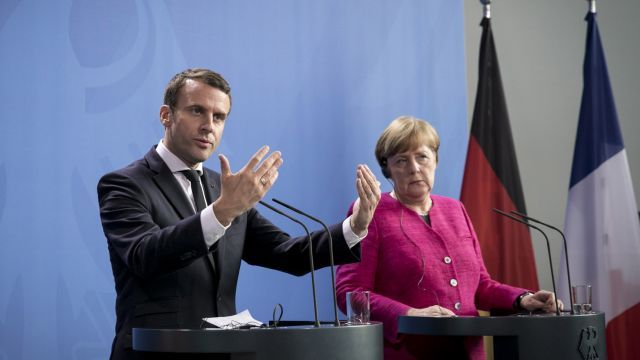 SMS
Macron Spent His First Full Day As President In Germany
By Ethan Weston
By Ethan Weston
May 16, 2017
The French president was met with excited crowds, but some in Germany are worried about his impact on Merkel's re-election.
SHOW TRANSCRIPT

When a new French president is elected, their first trip abroad is to Germany. It's tradition.

And with that in mind, France's new President Emmanuel Macron spent his first full day in office visiting with German Chancellor Angela Merkel in Berlin.

The two leaders discussed Europe's future and pledged to do their best to hold the European Union together. 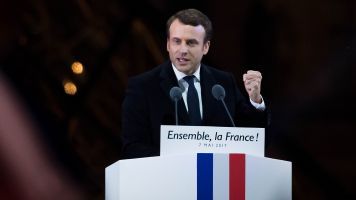 Macron's Election Victory Is Only Half The Battle

The union has faced a lot of issues in recent years, including a debt crisis, an influx of migrants, terrorist attacks and Brexit.

And France just faced an election where, at least in part, anti-European sentiment brought a far-right candidate all the way to runoff elections.

Both Merkel and Macron were open to eurozone reforms if necessary.

Macron was met with open arms and excited crowds when he arrived. But some in Germany are worried Macron's ideas about the economy could hurt Merkel in this year's election.