Macron And Le Pen To Face Off In Crucial Election Debate 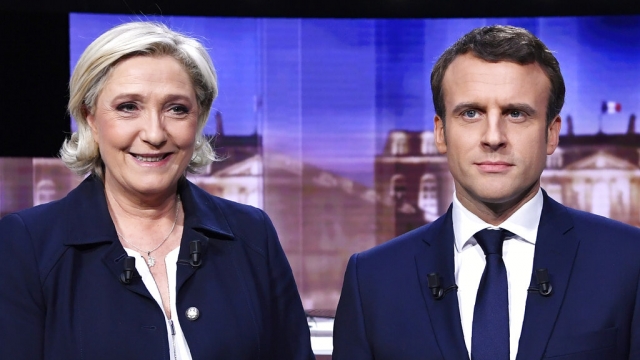 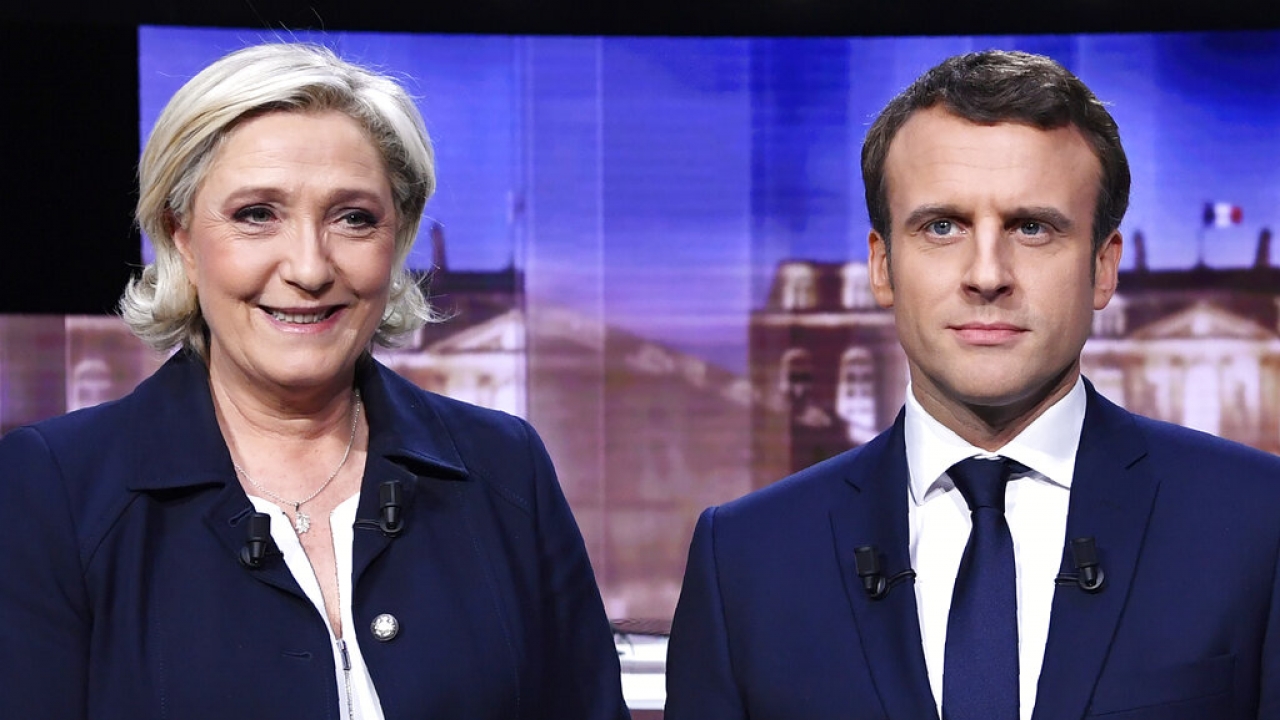 Both candidates have carefully prepared for the highly scrutinized debate, expected to last more than two hours.

Macron, a pro-European centrist, emerged ahead from the April 10 first round and is leading in opinion polls. But Le Pen, an anti-immigration nationalist who has gained ground this year by tapping anger over inflation, has significantly narrowed the gap in public support compared to the last presidential election five years ago, when she lost with 34% of the vote to Macron's 66%.

In 2017, a similar debate struck a decisive blow to her campaign.

Le Pen had looked hesitant, seeking answers from notes piled up in front of her, and appeared to lose her composure at some points. She also made basic mistakes on several economic topics — which Macron immediately pounced on.

That proved disastrous for her image. Even in her own camp, she was criticized for being insufficiently prepared. 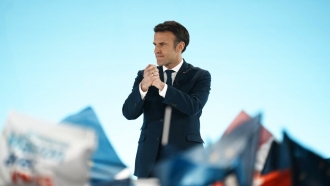 In France, It's Macron Vs. Le Pen, Again, For Presidency

Meanwhile, the then-39-year-old Macron, despite his little political experience, seemed comfortable speaking about all kinds of issues and able to go deep into details in what appeared as proof of seriousness.

This time, she has pledged to be better prepared, working "at home" with her closest advisers.

Both candidates need to broaden support before Sunday's vote. Many French, especially on the left, say they still don't know whether they will even go to the polls.

Le Pen is expected to appeal to those who have anti-Macron feelings, criticize his record and present her populist platform as an alternative. She also aims at demonstrating that she has the stature of a potential president, and at promoting what she says are realistic proposals. Among them are banning Muslim headscarves and scaling back relations with the European Union and NATO.

Macron, meanwhile, will advocate his pro-European views as the way to make France stronger in the world. He will seek to convince leftist voters that his pro-business stance shouldn't deter them from choosing him.

In recent days, he acknowledged some would back him only to counter the far-right candidate.

"I want to convince women and men with diverse political points of view," Macron said.

It may be an uphill battle.

"This is a campaign of profound dissatisfaction for many French people," Brice Teinturier, managing director of polling firm IPSOS, said Wednesday on LCI television. Instead of seeing this election as a chance to dream of a better future, he said many French voters are feeling "weariness, worry, sometimes frustration or even anger."

Some voters in Paris expressed hope that the debate would call attention to climate concerns, or education, or the importance of a strong Europe, or see Le Pen take "revenge" on Macron after their 2017 duel.