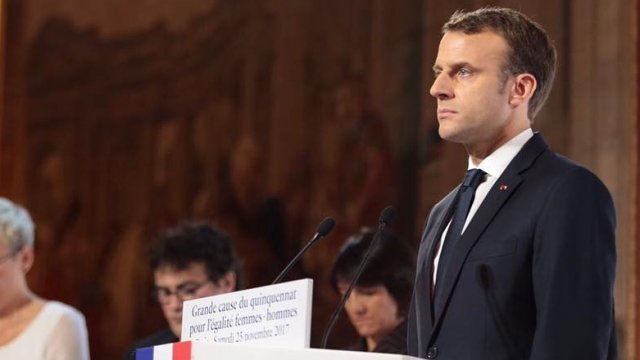 Calling the issue a "red line," Macron said he would target areas involved in the production and launching of chemical weapons. But that's only if his country's intelligence determines those weapons were, in fact, used against civilians.

Macron's statement follows reports of a possible chlorine attack in Syria earlier this month. Warning, the following images may be disturbing to some viewers.

United Nations investigators determined the Syrian government was behind a deadly sarin gas attack in April that killed nearly 100 people. Both Syrian President Bashar al-Assad and his ally Russian President Vladimir Putin have said that attack was fabricated and that a conventional airstrike hit a rebel cache of chemical weapons.