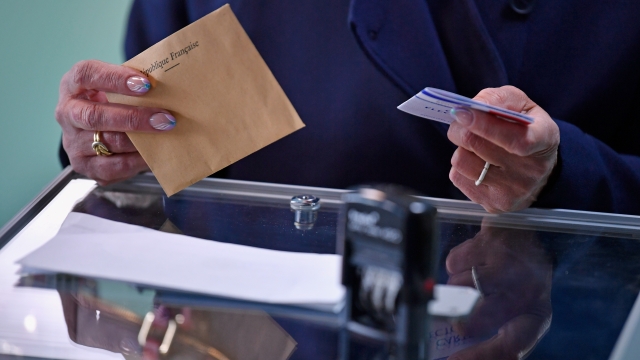 SMS
The Results Are In For France's Presidential Election
By Ryan Biek
By Ryan Biek
April 23, 2017
Two candidates are heading for a runoff on May 7.
SHOW TRANSCRIPT

France's next president will be either Emmanuel Macron or Marine Le Pen.

Because none of the 11 candidates received 50 percent of the vote Sunday, a runoff between Macron and Le Pen will take place in May.

Macron received the highest number of votes. The former Socialist economic minister has become the leading centrist candidate. Despite not having a major party backing him, he's captured a large portion of France's moderate voters.

Sunday's vote was seen as a political crapshoot. Four candidates across the political spectrum had a serious chance of making it to the second round.

But experts say May's runoff may be a lot more predictable. Polls have been showing Macron with a 15-point lead over any other candidate in runoff scenarios.