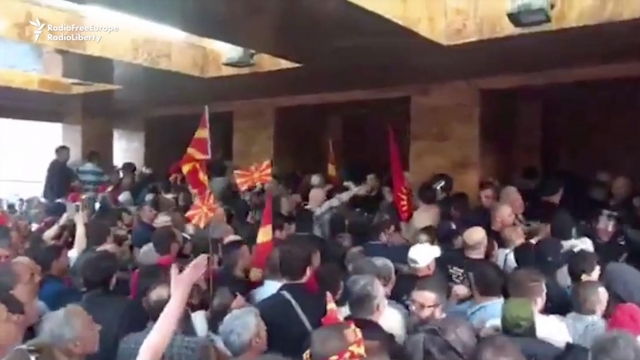 SMS
Protesters Overrun Parliament In Macedonia
By Matt Picht
By Matt Picht
April 27, 2017
Nationalist protesters occupied the parliament building before being driven out by police with flash grenades.
SHOW TRANSCRIPT

Nationalist protesters stormed the parliament building in Macedonia, sparring with police and lawmakers before being driven out.

Demonstrators broke through a police cordon to enter parliament, occupying the chamber and assaulting legislators before being driven out by police with flash grenades.

The violence came after party leader Zoran Zaev helped elect an ethnic Albanian to the role of Parliament speaker.

The Balkan nation is still simmering with leftover tensions from an attempted Albanian uprising in the 2000s. Today, ethnically Albanian political parties occupy a small but significant number of seats in Parliament. 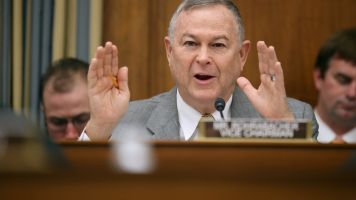 Macedonia is currently in a political logjam; neither major party has enough seats in Parliament to form a new government. Zaev has tried to form a coalition government with Albanian parties, but he's been blocked each time.