To End A Feud With Greece, Macedonia Will Move To Change Its Name 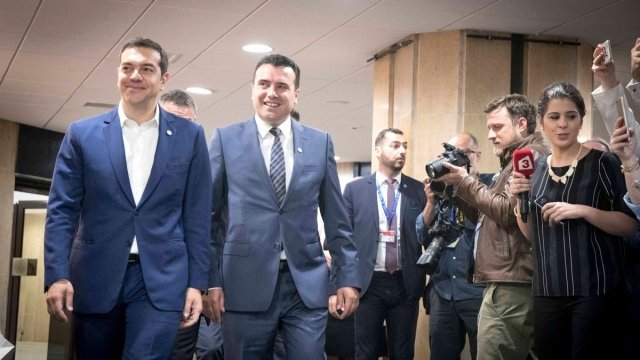 The plan is to rename Macedonia the "Republic of Northern Macedonia."

Greece and its northern neighbor are close to settling more than 25 years of diplomatic conflict. The issue? The second country's name.

The plan is to rename Macedonia the "Republic of Northern Macedonia."

The name has been an issue for a few reasons; Greece's northern region that borders the country Macedonia is also called Macedonia. The historical factor plays an even larger role: The country of Macedonia adopted Alexander the Great, the ancient Greek king, as a national symbol.

The dispute led to Greece blocking Macedonia from joining NATO or the European Union. Talks of a name change have been floating for a while now. The two countries' leaders are hoping to get the Macedonian parliament's approval before an EU meeting at the end of June. If that happens, Greece will formally withdraw its objection to the country joining NATO and the EU.

The name change will now be put to vote in a Macedonian referendum. Then, the Macedonian constitution will have to be changed and the whole ordeal approved by the Greek parliament. It could still be a bumpy road, though. Nationalists in both countries strongly oppose the agreement.