Macedonia's President Refuses To Sign Off On Name Change 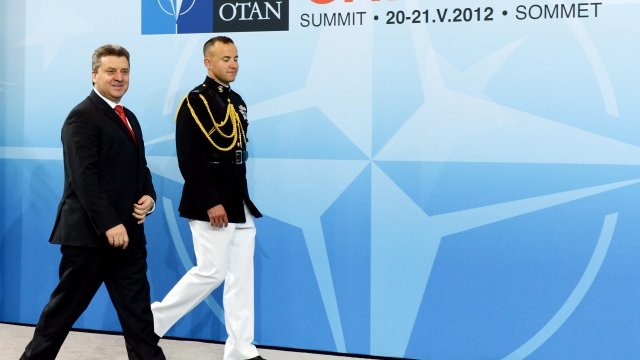 SMS
Macedonia's President Refuses To Sign Off On Name Change
By Caitlin Baldwin
By Caitlin Baldwin
June 26, 2018
The president says changing the country's name will put Macedonia "in a position of subordination and dependence" on Greece.
SHOW TRANSCRIPT

Macedonia's president is refusing to sign off on the country's name change.

President Gjorge Ivanov says the agreement to change the country's name to the Republic of North Macedonia is unconstitutional.

Ivanov says changing the name puts Macedonia in "a position of subordination and dependence" on Greece.

The country has been in a feud with Greece, which also has a region named Macedonia. Greece has blocked Macedonia from joining NATO or the European Union.

Macedonian lawmakers overwhelmingly voted in favor of the name change June 20. A speaker of parliament says they will likely vote on it again soon.

Ivanov cannot block the agreement if it is approved a second time.