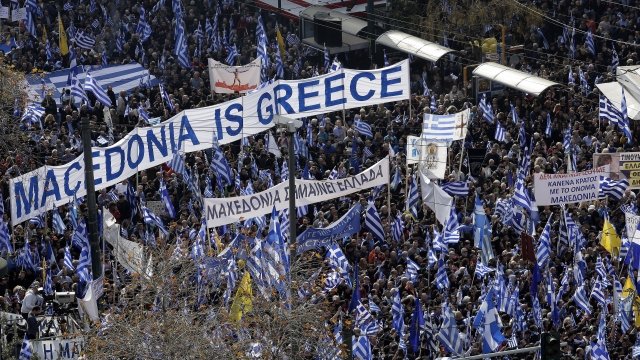 Macedonia is ready to work with with Greece on a decadeslong dispute over the country's name.

Canada Just Changed Its National Anthem To Be Gender Neutral

There have been 12 bills introduced since 1980 trying to accomplish this.

It's officially been known as the Former Yugoslav Republic of Macedonia, or FYROM, since 1991. But Greeks have opposed that name ever since.

That's because Greece's northern region that borders Macedonia is also called Macedonia. The historical factor plays an even larger role: The country of Macedonia adopted Alexander the Great as a kind of national symbol, further infuriating Athens.

This may all sound kind of trivial, but it has had real-world ramifications. Greece has blocked Macedonia's attempts to join NATO and the European Union over the dispute.

Macedonian leaders also announced the country's main airport and a major highway — both named after Alexander — were to be renamed.