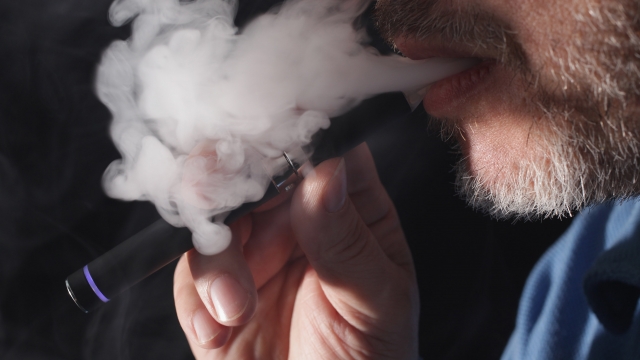 Massachusetts' governor signed a bill Wednesday that permanently bans the sale of flavored tobacco and vaping products, including menthol cigarettes, starting in June.

Gov. Charlie Baker declared a public health emergency in September. He also ordered a temporary ban on the sale of all vaping products. He said the ban will stay in place until Dec. 11, giving his administration time to draft new regulations.

Massachusetts will be the first state to issue a permanent ban. Other states have only issued temporary bans. The bill is in response to recent deaths linked to e-cigarettes. It's also aimed at preventing youth vaping.

In a tweet, the president of the New England Convenience Store and Energy Marketers Association said: "We are disappointed the legislature supports bills that disproportionately impact communities of color and have disastrous implications for public health, public safety, state tax revenue and jobs in the Commonwealth."

In September, the Trump administration announced plans to ban most flavored e-cigarettes, but later reversed course. In mid-November, President Donald Trump said he would meet with vaping industry representatives and medical professionals "to come up with an acceptable solution." It's unclear when that meeting will be.