Lucky Teenager Gets To Keep $18,000 Bar Of Gold She Found 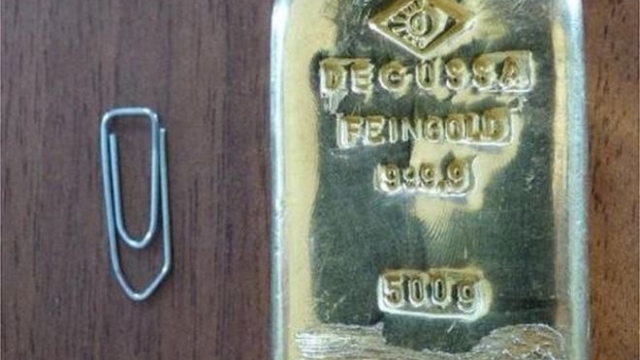 You know the old saying "finders keepers; losers could possibly be Nazis who are missing a gold bar?" OK, so I made that up, but stay with me.

A teenager in Germany found a 1-pound gold bar in a lake last year. She did the responsible (or arguably foolish) thing and turned the gold in to police.

When the police couldn't find the owner in six months, the bar was returned to the 16-year-old. And here come the rumors.

The lake was reportedly close to Adolf Hitler's home, leading some to suggest the gold bar was from some lost Nazi treasure. But sorry, treasure hunters. There's currently no concrete evidence this ever actually belonged to Hitler or any other Nazi. (Video via History Channel)

Now for the really important part: How much money is the bar worth? About $18,000. I've never been more jealous of a teenage girl.