Choosing A Low-Fat Vs. A Low-Carb Diet Doesn't Seem To Matter 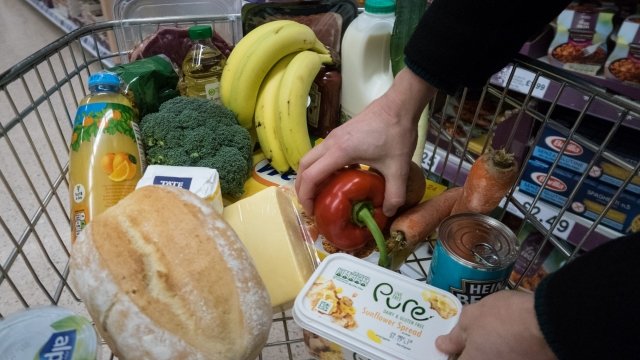 SMS
Choosing A Low-Fat Vs. A Low-Carb Diet Doesn't Seem To Matter
By Steven Sparkman
By Steven Sparkman
February 20, 2018
After a year on either diet, people lost the same amount of weight. Genetics and insulin response didn't seem to matter, either.
SHOW TRANSCRIPT

The battle between low-fat and low-carb diets seems to be at a standstill. A string of studies have found that the average person fares about as well on one diet as they do on the other.

A new study from Stanford had about 500 people commit to either a low-fat or low-carb diet for a year. At the end, both groups had lost about the same amount of weight, on average. That's similar to what other studies have found, but there's an interesting wrinkle.

In diet studies, the average often doesn't tell the whole story. The group might have moderate weight loss, but the individuals in the group could see anything from extreme weight loss to weight gain. Researchers aren't sure why people react so differently, just that low-carb vs. low-fat doesn't explain it.

So the new study tested a popular theory: that the difference comes down to a person's insulin response. Researchers gave everyone a glucose drink on an empty stomach and measured how their bodies reacted. For good measure, they also gave everyone a DNA test.

The frustrating news is that neither explains why people's diet results are so varied. Insulin response and DNA don't seem to make a difference.

The good news is that the Stanford team has plenty more data to analyze. They plan to look at whether a person's microbiome or gene expression finally solves the mystery.