'Love, Simon' Is A First For LGBTQ Film, But Is It Revolutionary? 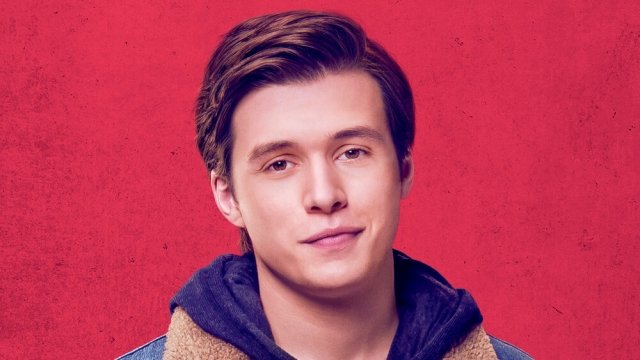 SMS
'Love, Simon' Is A First For LGBTQ Film, But Is It Revolutionary?
By Casey Mendoza
By Casey Mendoza
March 20, 2018
The film is the first major studio rom-com to feature a gay teen protagonist.
SHOW TRANSCRIPT

"Love, Simon" follows the formula of a standard teen romantic comedy — but in telling the coming-out story of a gay high schooler, it's actually the first of its kind.

As the first major studio rom-com to feature a gay teen protagonist, critics are calling the film "revolutionary" and "groundbreaking." That's not because "Love, Simon" focuses on LGBTQ themes, it's because it does so with a sense a mainstream ordinariness.

Compared to the sea of LGBTQ-focused films — many of which are aimed at adults and produced by smaller, independent studios — "Love, Simon" is purposefully safe.

It doesn't use the stylistically dreamy approach of LGBTQ films like "Call Me by Your Name" or "Moonlight," and it doesn't have the same emotional weight of films like "Blue Is the Warmest Color" or "Pariah." 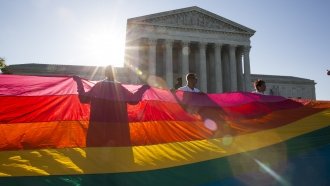 The Road To An LGBTQ Presence In Politics

But for some critics, the safety of "Love, Simon" is a weakness as well as a strength.

In an attempt to be universal, Simon might not seem real to some viewers. A critic with The Atlantic called him "a personality vacuum," while another critic from Refinery29 said he "smacks of immense privilege."

Other critics go further and question whether "Love, Simon" is actually as revolutionary as many say it is. Outside of film, LGBTQ teens have long existed on television shows like "Buffy the Vampire Slayer," "Glee" and "Riverdale."

In that sense, "Love, Simon" may feel a little late to the game — which is a fault of the film industry, and not the film itself.

Addressing the breadth and diversity of LGBTQ stories, screenwriter Isaac Aptaker told The Hollywood Reporter: "Simon is just one particular story of coming out, and this movie is just one particular movie about it. And while it's the first big one, hopefully it is just the start of many because there are so many different ways this can look."