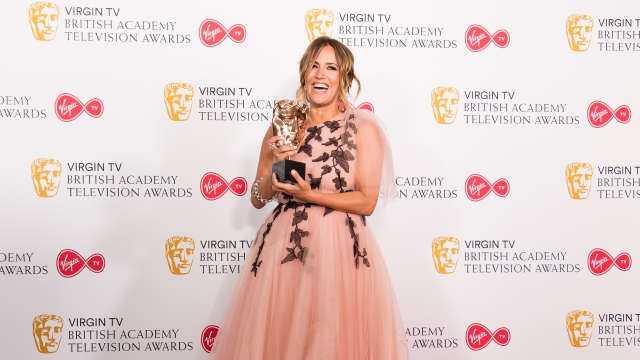 SMS
Petitions Demand Investigation Of Tabloids After Reality Star's Death
By Antoinette Miller
By Antoinette Miller
February 17, 2020
Caroline Flack and the assault case against her were scrutinized by British tabloids in the months leading up to her death.
SHOW TRANSCRIPT

A petition urging the British government to investigate the British media has garnered more than 600,000 signatures. The petition was created after the death of British TV personality Caroline Flack.

Flack, who hosted the popular reality show "Love Island" for five seasons, was found dead in her London home Saturday. Her family confirmed she died by suicide.

Flack had been under public scrutiny after she was charged with assaulting her boyfriend in December. She was accused of hitting him over the head with a lamp.

After the charges were announced, Flack left "Love Island" and British tabloids began to increasingly target her and her case. Her management said Flack was "vulnerable" and that the media attention was too much. One tabloid, The Sun, ran a story just a day before Flack's death mocking her assault case. The story has since been taken down.

Since Flack's death was first reported, the phrase "Caroline's Law" has been trending on Twitter. It references several petitions urging the U.K. government to investigate how tabloids report on celebrities and to create laws against publishing stories that tabloid writers know to be false. One petition has garnered more than 600,000 signatures.

The British media has been accused of "bullying" more than once in recent months.

The Duke and Duchess of Sussex have been vocal about the way tabloids have covered them. They're currently suing one British tabloid and recently announced that they'll "step back" from their royal duties to spend more time in North America.

Prince Harry addressed the media directly in an open letter, saying, "There is a human cost to this relentless propaganda, specifically when it is knowingly false and malicious, and though we have continued to put on a brave face — as so many of you can relate to — I cannot begin to describe how painful it has been."

Flack appeared on "Strictly Come Dancing" and "The X-Factor," as well as other shows. Laura Whitmore, the current host of "Love Island", said in a radio tribute that Flack was "vivacious, loving and had a passion for life." Flack was 40 years old.