The Louvre Is Covering Up Signs That Mention Purdue Pharma Founders 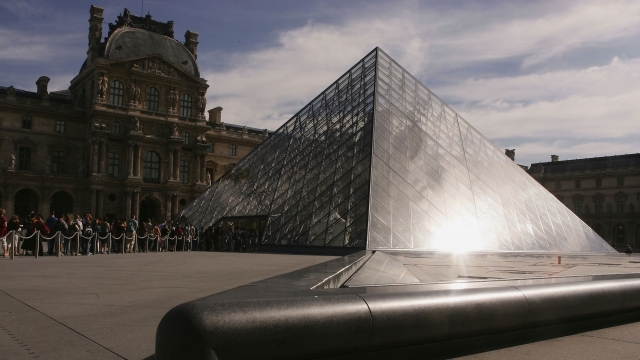 On Wednesday, the Louvre museum in Paris removed the Sackler family's name from its walls and covered signs to "the Sackler Wing," effectively erasing its association with the family.

Members of the Sackler family founded Purdue Pharma, which makes the painkiller OxyContin, among other drugs. The Sacklers are also patrons of the arts, and their name has decorated the Louvre since 1997.

In a written statement, the Louvre said the Mortimer and Theresa Sackler Foundation supported the refurbishment of its Persian and Levantine art rooms from 1996-1997, but that the family hasn't made a donation since then.

The museum says its board decided to limit the duration of named rooms to 20 years in October 2003. Since the Sacklers' donation was over 20 years ago, the museum says QUOTE "the name-period is therefore legally closed and these rooms no longer carry the Sackler name."

This comes after protests outside the Louvre museum on July 1 demanding the Sacklers' name be removed.

The family has been accused of profiting from its highly addictive painkiller and the opioid crisis. That led activist Nan Goldin, who suffered from addiction, to protest the family's involvement with the Louvre alongside other demonstrators from Prescription Addiction Intervention Now, aka PAIN.

Goldin alleges the Sacklers' donations to the arts come from "dirty money." She acknowledged to The Guardian that museums need donations to stay afloat, but said "they have to be ethical."

After the Louvre removed the name, the Jewish Museum in Berlin, which also has rooms named for the Sacklers, said it would not take down the family's name. It said doing so would be "an inappropriate attempt to disguise what happened" and “It would also contradict the fact that we acted in good faith.”