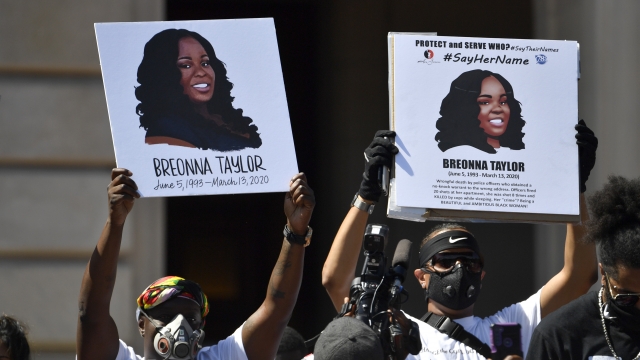 On Monday the Louisville Metro City Council's oversight committee announced its plan to open an investigation. It said, "The citizens of this community, including members of this Metro Council, have been very upset with the perceived lack of transparency by the city."

Over the last several weeks, protesters around the country have called for action over Taylor's death. The 26-year old was shot and killed in her home when plainclothes police officers executed a no-knock warrant in March. There have been inconsistencies between reports about the details of the incident. Last week, the Louisville Metro Police Department fired one of the three officers involved in her death, while the other two have been placed on administrative reassignment.

A spokeswoman said Mayor Greg Fischer welcomed the review. She said Fischer has already authorized a thorough review of the Louisville Metro Police Department and a separate investigation of actions related to the Taylor case.