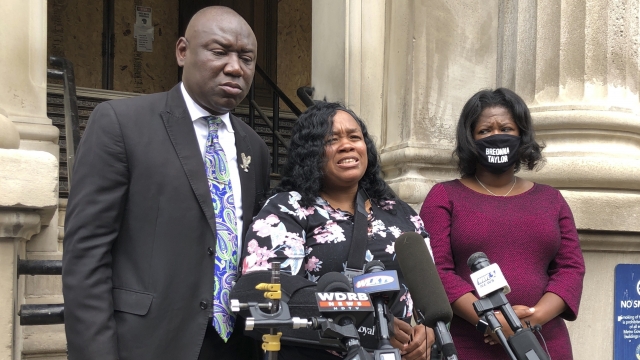 The Mayor of Louisville, and Breonna Taylor's family came together Tuesday for a press conference to announce the largest wrongful death settlement in Louisville history and several police reforms for the local department.

The city of Louisville will be paying the family $12 million dollars after Taylor was shot and killed in her own apartment during a botched drug raid. No drugs were found in Taylor's home. The payment amount is historic but so is its coupling with police reforms.

Ben Crump, the Taylor family attorney, said, "The comprehensive reform that the Louisville Metro Council and Mayor Fischer put forth is equally important because this is about setting a precedence."

Some of the reforms included announced include housing credits for officers who live within the areas they patrol, a plan to dispatch social workers on certain 911 calls, an early action warning system to identify officers with red flags, and a requirement that commanders approve all search warrants before they go to a judge

And while city officials and Taylor's family attorneys applauded the reforms, Breonna Taylor's mom made it very clear what she wants to see happen next.

Tamika Palmer, Breonna Taylor's mother, said, "As significant as today is, it's only the beginning of getting justice for Breonna. We must not lost focus on what the real job is and with that being said it's time to move forward with the criminal charges because she deserves that and much more."

Kentucky Attorney General, Daniel Cameron is conducting the criminal investigation into Taylor's death. He said in a statement last week, "An investigation, if done properly, cannot follow a specific timeline. My office has endeavored since day one to find the truth and pursue justice, wherever that may take us and however long that may take."

Cameron has offered no timetable on potential criminal charges for any of the officers involved in the killing of Taylor.