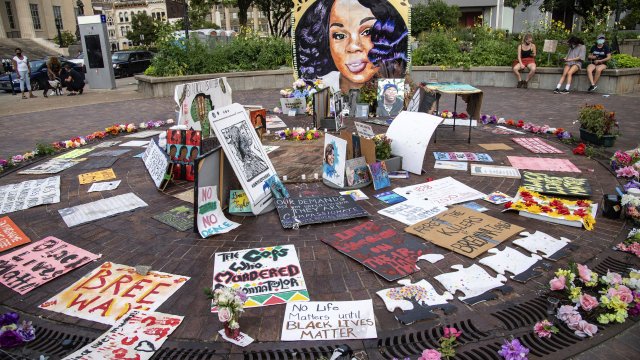 One of the officers connected to Breonna Taylor's shooting is suing Taylor's boyfriend.

The lawsuit alleges Walker shot Mattingly in the leg the night officers entered Taylor's apartment while serving a search warrant in a drug investigation. No drugs were found in the home.

Walker has said he thought the officers were intruders.

In a statement to several news outlets, Walker's attorney called the lawsuit a "baseless attempt to further victimize and harass Kenny."