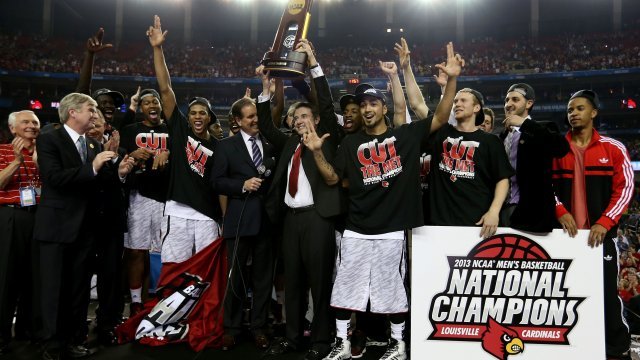 The NCAA said it denied the school's appeal after Louisville confirmed accusations that a former staffer paid an escort to have sex with players and recruits.

"The pain this decision has created for our fans and our players who were not involved in the events in question is the most regretful result of this determination," University of Louisville interim President Greg Postel said.

The Cardinals will also have to pay a fine and vacate 123 wins between 2011-2015. Louisville already fired legendary coach Rick Pitino in October. His defense team had argued he wasn't aware of the sex scandal.