Louisiana's Senate Race Is Driving Keystone XL To A Vote 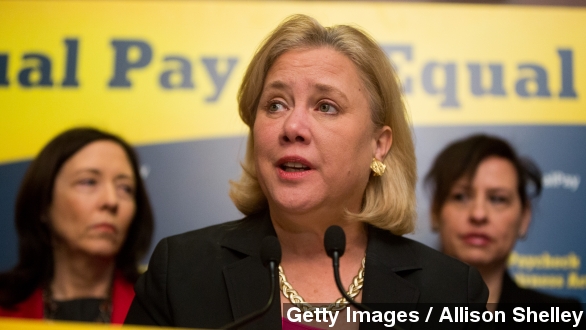 The soon-to-be Republican-led Senate could be putting the Keystone XL pipeline at the top of its to-do list.

Building the controversial oil pipeline is one task for which the GOP Senate will almost certainly have the 60 votes needed.

Especially if more Democrats do what Sen. Mary Landrieu did Wednesday, when she called for an immediate vote on the pipeline.

SEN. LANDRIEU VIA C-SPAN: "I want to say 'yes' to Majority Leader Mitch McConnell. The time to start is now. The public has clearly spoken."

Landrieu is Louisiana's senior senator and a Democrat. But she's also in a tough runoff election against Republican House member Bill Cassidy, and she's a longtime supporter of building the Keystone XL pipeline.

Her embrace of incoming GOP leadership on this issue is a pretty clear effort to widen her appeal to voters. (Via The Times-Picayune)

Not to be outdone, House Republicans announced before Landrieu even finished her speech that they'd be putting forward their own bill authored by Cassidy — that's Landrieu's opponent. (Via C-SPAN)

Of course, the GOP will probably still need President Obama's approval to build the pipeline. Even with new Republican majorities, getting two-thirds of the vote in both chambers of Congress would be a tall order.