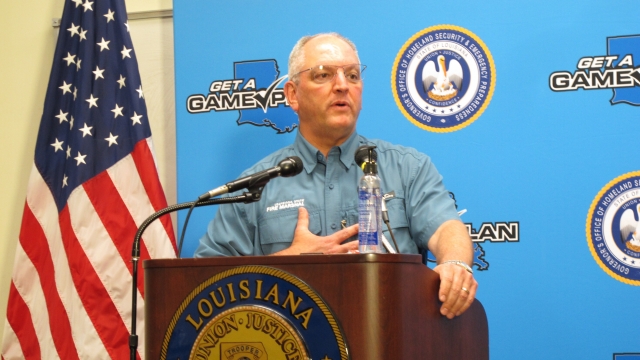 "We know that every time people are moving around, coming into contact with one another, the transmission of the virus increases. So we're really concerned about that," Gov. John Bel Edwards said.

Louisiana's governor says he's worried about a potential COVID-19 spike as victims of Hurricane Laura are trying to find shelter.

Gov. John Bel Edwards is asking residents to continue following guidelines to minimize the spread of the virus.

His comments came as more than 300,000 households and businesses still don't have power. And nearly another 200,000 don't even have running water.

The damage from Laura was so significant that a power company that serves the area will need to build some infrastructure from scratch.