Louisiana May Soon Start Treating Most Juvenile Offenders As Juveniles 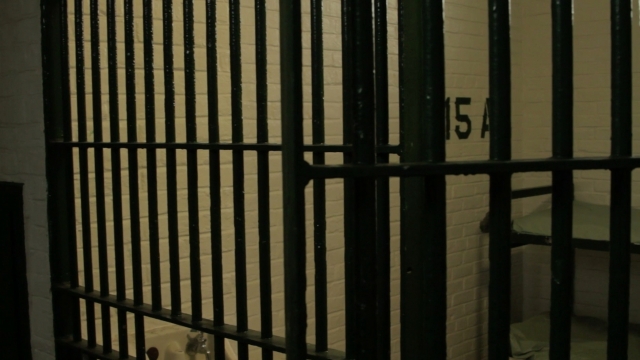 In nine states in America, 17-year-olds are tried as adults after committing any crime. But a nationwide movement and legislators in a few of those states are hoping to change that.

In Louisiana, the House is considering a bill that would raise the age to 18 for someone to be automatically tried as an adult for minor crimes. The bill's sponsor Sen. J.P. Morrell told press "having 17-year-olds not stigmatized by an adult conviction — having those kids finish school and become taxpayers and workers — that's a goal we all share."

The Louisiana Senate has already voted in favor of the bill, and it's been one of the governor's key issues, because he says the juvenile "justice system does a better job preventing recidivism than the adult correction system." The bill would still allow for those who commit "more serious offenses" to be charged as adults.

Those wanting to keep underage offenders out of adult jails cite a wide range of reasons, from the possible physical and emotional abuse in adult jails to evidence that the brains of adolescents are wired differently than those of adults.

Opponents of the bill are worried about the state's wallet, because it's actually more expensive to provide for inmates in the juvenile system than it is in an adult jail. But proponents say the state will save more money in the long run. According to the Times-Picayune, juveniles are released sooner and are more likely to be rehabilitated.

In recent years, Connecticut, Mississippi and New Hampshire all raised the age to 18 for automatic treatment as an adult. The "raise the age" movement is part of a larger nationwide bipartisan effort to reform the criminal justice system.

This video includes images from Getty Images and clips from Action News 17.