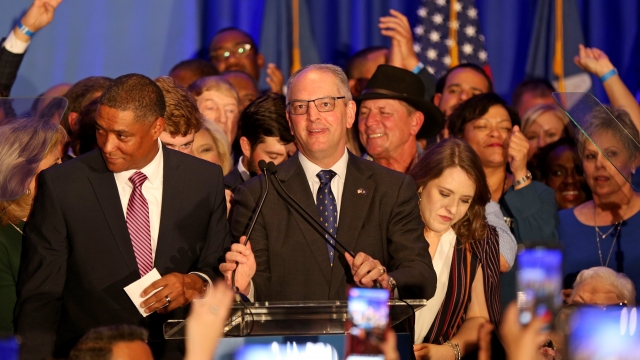 "You know, this administration began with a breeze of hope. Hope that by working together as Louisianans first and foremost, not as Republicans or Democrats — we could make Louisiana the state that we want it to be. And with every step forward, we turn that hope into action and that is exactly what we're going to continue to do in our second term," Louisiana Gov. John Bel Edwards said.

Edwards won the runoff election in the gubernatorial race against Republican Eddie Rispone on Saturday by a slim margin, earning just over 51% of votes. Edwards will start a second term as the only Democratic governor in the Deep South.

Republicans have been working hard to reclaim Louisiana's governor seat. President Trump even held a rally in Bossier City, Louisiana Thursday to show support for Rispone.

But Rispone's loss has some wondering whether a President Trump endorsement is helpful or not. Rispone is similar to the president, as he is also a prominent businessman who calls himself a "conservative outsider."