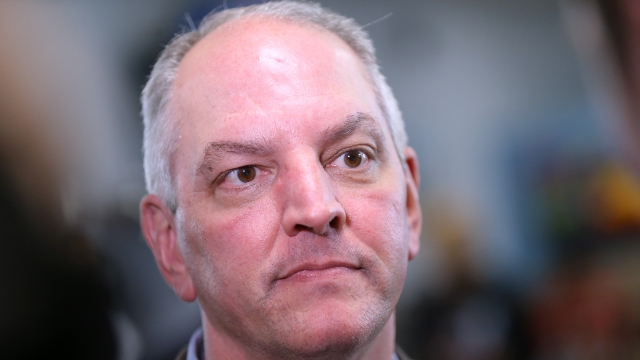 SMS
Louisiana Governor Asks Judge To Resign Over Her Use Of Racial Slurs
By Ahmed Jawadi
By Ahmed Jawadi
February 26, 2020
The judge admitted to using racial slurs in reference to a black sheriff's deputy and a black law clerk.
SHOW TRANSCRIPT

Louisiana Gov. John Bel Edwards has called for a district court judge to step down after she admitted to using racial slurs in a series of text messages.

In an interview with local TV station WAFB on Sunday, Judge Jessie LeBlanc said she had repeatedly used racial slurs, including the n-word — which were directed at a black sheriff’s deputy and a black law clerk in her district — in messages she sent to a man with whom she was having an affair. LeBlanc apologized for her "horrible decision in using those slurs toward those people," saying she was "angry" and "upset" at the time, but that there was "no excuse."

Edwards agreed that LeBlanc's actions were inexcusable, and called on her to resign in a statement Wednesday. He said: "The admitted and repeated use of racial slurs by a judge who has taken an oath to administer justice fairly and impartially is wrong, period. ... Sadly, inequities still exist in society and in our judicial system. Judge LeBlanc has compromised her ability to preside as a judge, and she has damaged the judiciary. ... The people of the 23rd Judicial District and our state deserve better."

Despite multiple calls for her resignation and a formal complaint filed by the NAACP, LeBlanc said she has no plans to step down and will seek reelection.