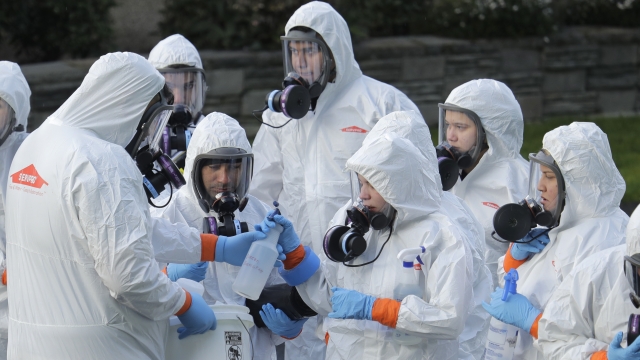 Louisiana has become the first U.S. State to postpone its primary election amid the coronavirus pandemic.

“We felt like we had no other choice,” Kyle Ardoin, Louisiana's Secretary of State told Newsy.

“We found in 16 parishes, 33 precincts would have to be closed because they had some connection, indirect or direct, with senior citizen facilities,” Ardoin added.

In an interview with Newsy’s Sasha Ingber, Ardoin said officials across the Pelican State reached the decision together after a nationwide spike in coronavirus cases.

"We’re being applauded by our local election officials as having taken a brave step and dealing with this issue head on," he said.

The state’s primary was originally scheduled for April 4, now, it’ll take place two and half months later on June 20.

"It's a tug of war, so to speak," Ardoin told Newsy. "Personally, I don't like putting off bringing democracy to the people of Louisiana, but then again, I don't want to bring democracy under the cover of a disease and putting people at risk>"

The front-runner for the democratic nomination, Joe Biden, weighed in Friday, his campaign released a statement, saying in part, it encourages voters who are experiencing symptoms or concerned about exposure to the coronavirus to look into voting absentee or by mail.