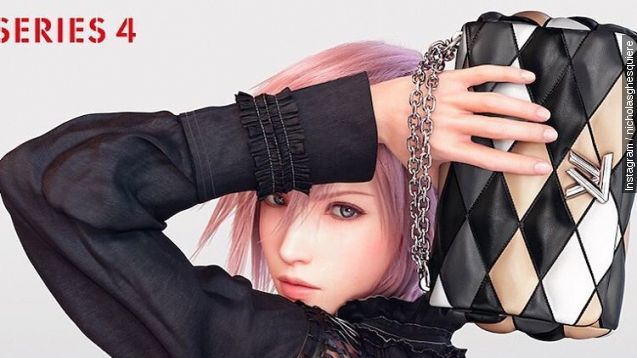 What do Japanese video games and high fashion have in common? We're not sure either, but Louis Vuitton must know something we don't — it's enlisted a "Final Fantasy" character as a model. (Video via Square Enix)

It's the work of the French fashion house's creative director Nicolas Ghesquière, who called Lightning "a genuine heroine" in a recent Instagram post.

This isn't wholly unprecedented for Ghesquière. The designer's Spring 2016 fashion show had more than a hint of anime and video game influences running through it.

And in some ways, the campaign makes sense for "Final Fantasy" as well. The franchise has increasingly become known for its elaborate character and costume designs — some of which are more successful than others. (Videos via Square Enix)

This won't be Lightning's first trip down the runway, either — she previously starred in a 2012 ad campaign for Prada along with some of her party members.