Lost And Found: Hotel Guests Left Behind Some Strange Items In 2015 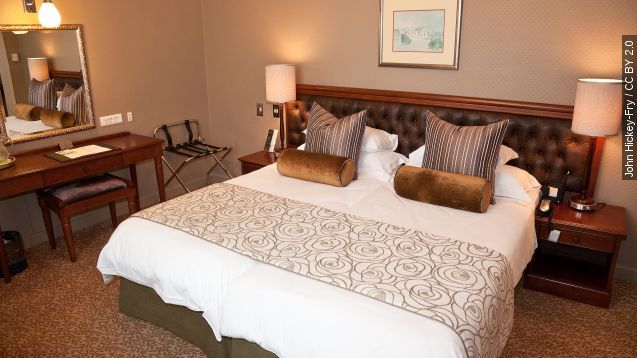 SMS
Lost And Found: Hotel Guests Left Behind Some Strange Items In 2015
By Matt Moreno
By Matt Moreno
January 14, 2016
Travelodge released a list of items people left at its hotels worldwide, and a few of those forgotten possessions are pretty weird.
SHOW TRANSCRIPT

A Chewbacca costume, a diamond tiara, a Shetland pony and a mother-in-law named June — those are some of the items left at hotels in 2015, according to Travelodge.

The worldwide hotel chain listed a few quirky things staff discovered after guests checked out, and some sound pretty important.

A 50-year-old stamp collection, a prenuptial agreement and a business contract between two oil companies are things you do not want to lose in a hotel room.

Travelodge also gave a rundown of the items left behind most often, and let's just say, make sure you remember where you put your electronics, especially those chargers.

Chargers for smartphones, laptops and more, consistently top the list of most forgotten items at hotels, and 2015 was no different.

Tablets, mobile phones, Kindles and satellite navigation systems were often left behind, along with ties, clothes, toiletries and teddy bears.