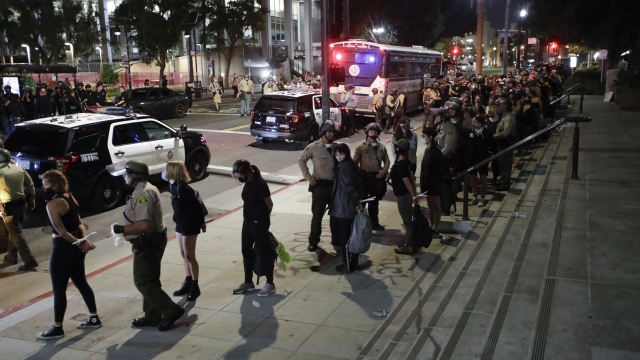 Protesters who were arrested for breaking curfew or failure to disperse orders in Los Angeles will not face charges, according to the district attorney's office.

On Monday, Los Angeles County District Attorney Jackie Lacey said her office would not file charges against thousands of demonstrators who turned out to protest the death of George Floyd. According to an Associated Press count, the Los Angeles area has had the highest number of protests arrests in the country, with more than 3,000.

In a statement, Lacey said, "I believe whole-heartedly in free speech and support the right of protesters to demonstrate peacefully against historic racial injustice in our criminal justice system and throughout our nation."

As some protests became violent in recent weeks, authorities began to enact curfews in cities nationwide. In some cases, police force was used if people didn't comply. Several cities have since have dropped those curfews.

L.A. City Attorney Mike Feuer said his office would use a "non-punitive" approach to resolve the curfew cases in ways that will "incorporate principles of restorative justice." He said the approach applies to cases that do not involve violence, vandalism or looting.