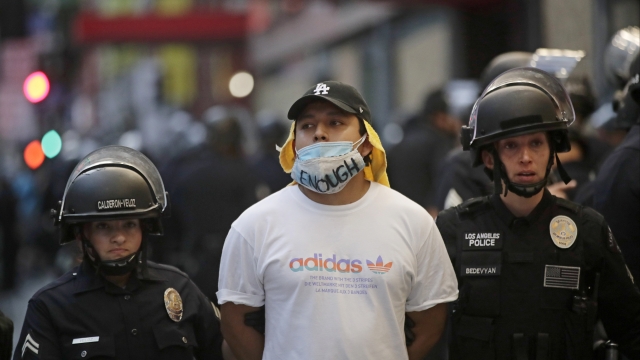 The reduction comes amid nationwide protests against police brutality and calls for defunding police departments.

A portion of the cuts will reportedly be shifted to reduce the number of furloughed municipal employees, while the majority will be invested into underserved communities in the city.

On Twitter Wednesday, Los Angeles Mayor Eric Garcetti tweeted, "We cannot let this moment come and go without positive change in our cities and our country. We must reform policing and further invest in wealth building and health building in the Black community."

This vote marks the latest move by the city council to make adjustments with the department. On Tuesday, the council voted to replace police officers responding to nonviolent emergency calls with community based responders.