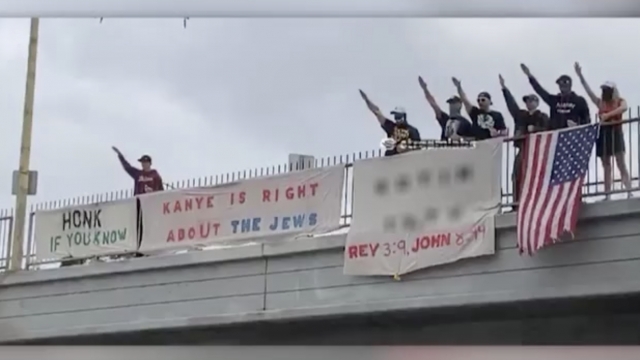 Reports of antisemitic fliers in mailboxes and on windshields are rising across Los Angeles — a startling display of the rise in antisemitism across the city and country after Ye, the artist formerly known as Kanye West, spewed hate-filled speeches online and in interviews.

At a forum with Los Angeles' mayoral candidates Wednesday evening, the disturbing trend was front and center.

In a string of tweets, the city's Holocaust museum said it's been the target of online attacks since the rapper rejected an invitation for a private tour — an attempt to use education to mend hate.

The fresh incidents are getting the attention of big businesses, many of which quickly cut ties with rapper Ye, and of world leaders.

Israel's president visited the White House Wednesday and told reporters he talked with President Joe Biden about the rise in anti-Jewish hate. 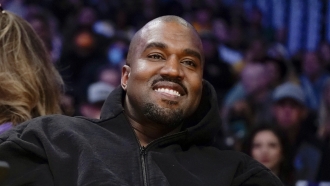 "It's a major issue which we see as a main challenge in various frontiers all over the world," Israeli President Isaac Herzog said.

German athletic apparel giant Adidas finally ended its partnership with Ye Tuesday. The Anti-Defamation League told Newsy it was "a very positive outcome and illustrates that antisemitism is unacceptable and creates consequences." However, the company is still getting criticism for its painfully slow response to the rapper's antisemitism, taking some three weeks to decide to end its billion-dollar partnership with Ye.

Drew Kerr, a communications expert, says Adidas landed on the wrong side of a tug-of-war between standing up for what's right and protecting its financial interest.

"Three weeks is an eternity when it comes to a crisis," Kerr said.

Now the brand is facing the wrath of buyers, burning their shoes to send a message.

"It's not just consumers; it's the people who work within Adidas who we're going to have to deal with," Kerr said. "This is really all about standing up against hate speech."