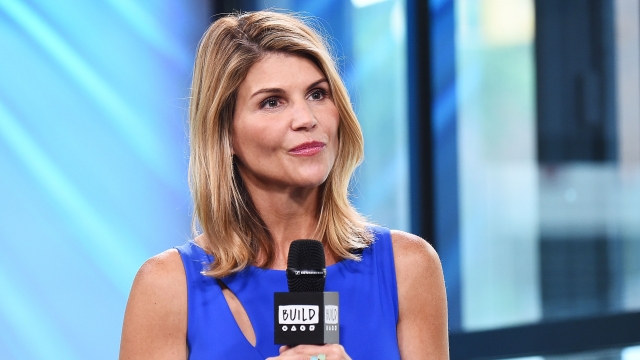 SMS
Lori Loughlin Pleads Not Guilty In College Admissions Scandal Case
By Katie Cammarata
By Katie Cammarata
April 15, 2019
Loughlin and her husband are accused of paying $500,000 to get their daughters into the University of Southern California.
SHOW TRANSCRIPT

Actress Lori Loughlin and her husband, fashion designer Mossimo Giannulli pleaded not guilty to charges filed against them in the college admissions scandal.

The two are accused of paying $500,000 to get their daughters into the University of Southern California as crew team recruits. Their daughters didn't actually participate in the sport.

"Desperate Housewives" actress Felicity Huffman and more than a dozen others agreed to plead guilty in the bribery scandal case.

In March, the Massachusetts District Attorney's office charged 50 people in six states with conspiracy for their alleged involvement in the scheme. The whole thing was based on getting students accepted to elite universities by using fake athletic credentials or cheating on college entrance exams.

Prosecutors accused parents of paying a middle man between $200,000 and $6.5 million to bribe athletic coaches or pay people to take or modify the exams.

The Justice Department said sixteen parents were also charged in Boston with conspiring to commit fraud and money laundering in relation to the scheme. Those charges could come with up to 20 years in prison each.