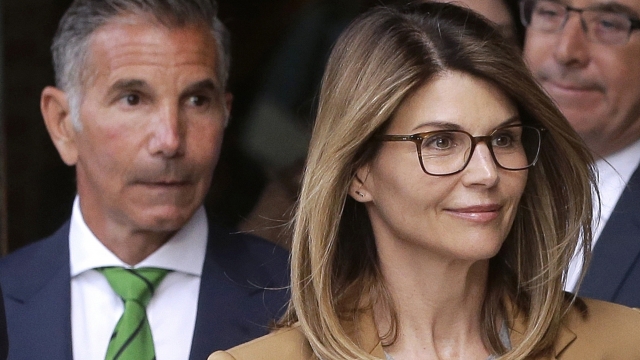 SMS
Lori Loughlin's College Admissions Scandal Trial Has A Date
By Caitlin Baldwin
By Caitlin Baldwin
February 28, 2020
Loughlin and her husband are among dozens charged in connection with a a nationwide college entrance bribery scheme.
SHOW TRANSCRIPT

Lori Loughlin and her husband, fashion designer Mossimo Giannulli, will face the court on Oct. 5 for their alleged roles in a college admissions scandal.

A federal judge set that date on Thursday. Jury selection will begin Sept. 28.

Loughlin and her husband are among dozens charged with conspiracy for their alleged participation in a national college entrance bribery scheme. Prosecutors say Loughlin and Giannulli agreed to pay $500,000 to get their daughters fraudulently recruited as athletes by the University of Southern California.

Loughlin and Giannulli have pleaded not guilty. Their attorneys argue the couple believed the money they sent to the university was a legitimate donation, not a bribe. The defense has also accused federal prosecutors of holding back crucial evidence that would ensure Loughlin and Giannulli a fair trial. But prosecutors have accused the couple of withholding their own evidence.

The case is expected to wrap up before Thanksgiving.