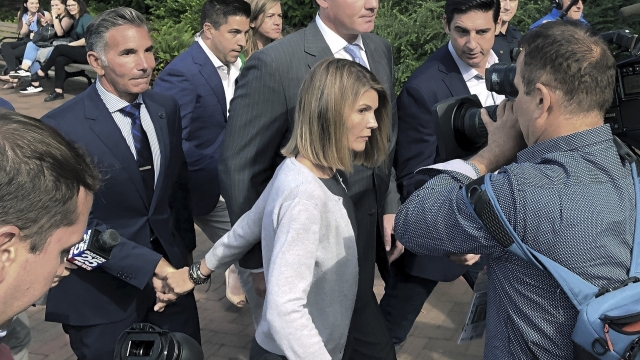 "Full House" actress Lori Loughlin and her husband, Mossimo Giannulli, have pleaded guilty in connection to the college admissions scandal.

Prosecutors say the couple agreed to pay $500,000 to get their daughters fraudulently recruited as athletes by the University of Southern California. Earlier this month, the judge rejected a bid to dismiss charges after the defendants accused prosecutors of "extraordinary misconduct."

Loughlin and Giannulli are scheduled to be sentenced on Aug. 21. They're among two dozen parents who have pleaded guilty so far. Some of those parents have had their prison sentences delayed due to the coronavirus pandemic, while others have been released early.