Loretta Lynch's Wait Is Almost Over 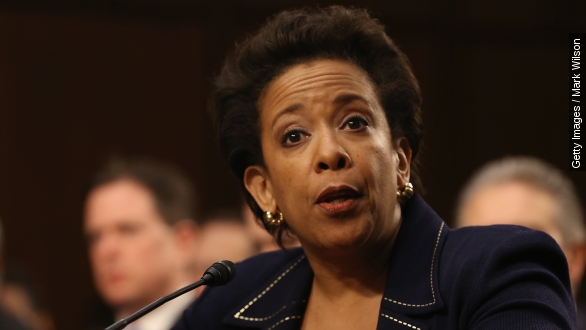 164 days after President Obama announced Loretta Lynch was his pick for U.S. attorney general, the Senate is almost ready to vote on her. Almost. (Video via The White House)

Lynch's nomination has been held up over an unrelated matter. Senate Majority Leader Mitch McConnell had said he wouldn't bring Lynch to a vote until a human trafficking bill was passed —  a no-go for Democrats who objected to anti-abortion language included in the measure.

That left Lynch in limbo for the past five months.

Finally, the Senate's reached a compromise.

"I'm glad we can say there is a bipartisan proposal that will allow us to complete action on this important legislation so we can provide help to the victims who desperately need it," McConnell said on the Senate floor Tuesday. (Video via C-SPAN)

Specifically, the upper chamber agreed on what to do with a restitution fund set up for survivors of sex trafficking.

Long story short, it won't provide any funding to be used on abortions — satisfying Republicans. But at the same time, the measure won’t expand federal restrictions on abortions — a win for Democrats.

A vote on the trafficking bill is expected Tuesday afternoon, meaning a vote on Lynch could come as soon as Wednesday. If confirmed, she will be first black woman to head the Justice Department in the nation's history.