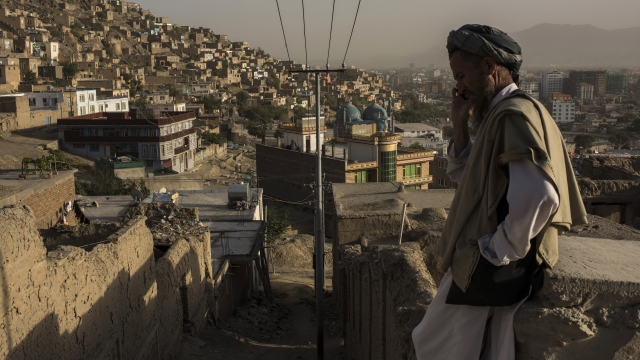 President Trump is reducing U.S. troop levels in Afghanistan amid reports that a peace deal is close with the Taliban. But the future for Afghans is still clouded by uncertainty and worry.

For starters, presidential elections set for Sept. 28 are in doubt over concerns the vote could disrupt the Taliban negotiations and political reconciliation.

The Taliban has so far refused talks with the Afghan government, and warns it may continue the 18-plus year war if elections are held as scheduled.

Afghan President Ashraf Ghani, seeking a second five-year term, is pushing for the vote to go ahead. But many of his 16 opponents are declining to hold public rallies, convinced the vote won't happen.

Also shaking Afghan politics are reports the Trump administration is considering a peace deal that recognizes the Taliban under its former regime name: the Islamic Emirate of Afghanistan.

Critics say that could effectively sanction a rival government - renewing fears of the Taliban's reign from 1996 to 2001, an era of public executions and overt repression of women, who were denied education and work.

“Islamic Emirates is not simply a name but a whole system of governance," complained Afghanistan's ambassador to the U.S. "The Afghan people have lived under this system and unanimously refuse it."

Secretary of State Mike Pompeo said the U.S. has succeeded in its objective of defeating Al-Qaeda in Afghanistan and promoting development that "helped transform Afghan society." Under the pending peace deal, the Taliban would renounce terrorism and cease attacks against U.S. and NATO forces.

"The truth is, American has never sought permanent military presence in Afghanistan. And all sides recognize that times move on. So for a year, and continuing today, we continue to work to get clear-eyed engagement with all Afghans. We don't how these efforts toward peace and reconciliation will end. But President Trump is committed to make sure that we get it right."

Some 14,000 U.S. troops remain in Afghanistan. President Trump said Thursday forces will be cut to 8,600 but said: "We're going to keep a presence there."