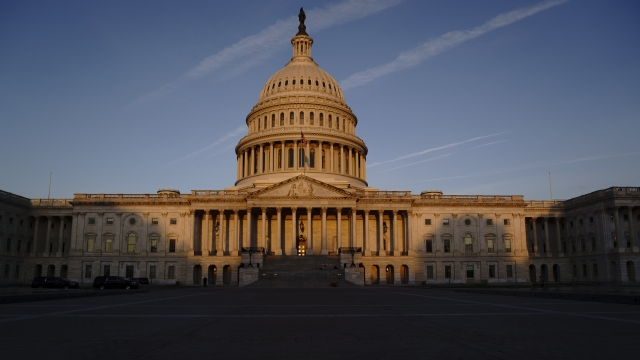 By the end of the week, the government could shut down for the third time in as many years. But what comes after could have devastating financial consequences for millions of Americans.

The Senate is expected to vote today to consider the House's bill to keep the government open. Without more funding, the government will shut down late Thursday. The bill would also raise the debt ceiling to avoid a default on loans, which is expected sometime next month.

There has been bipartisan cooperation to avoid some shutdowns and defaults in the past. But this time Democrats have no Republican support. Republicans argue this time is different because Democrats are trying to pass President  Biden's $3.5 trillion budget despite complete Republican opposition. They don't want to add to our $28 trillion debt — though Democrats say their plan is fully paid for. Now Republicans say Democrats are on their own and must pass the bill without them.

President Biden's $3.5 trillion "Build Back Better" plan to expand the social safety nets is relatively popular among voters. A recent poll from Data For Progress — which we should note is a left-leaning think tank — found 62% of voters support the measure.

Here's where today's vote affects all of us. If we don't increase the debt limit, we won't be able to pay our loans back on time for the first time ever. And if that's on top of a government shutdown, we could plunge into an immediate recession. And it will take even longer to recover from the pandemic's impact on the economy.