Looks Like Congress Could Be Getting Its Act Together 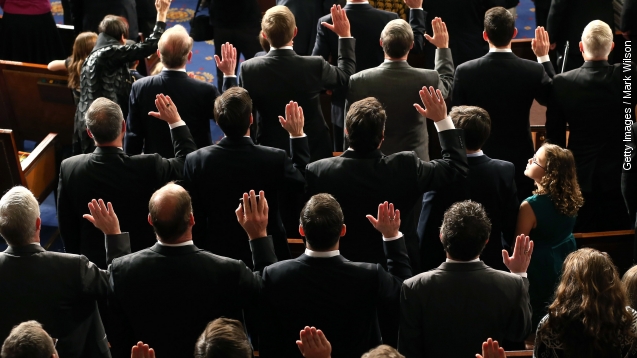 SMS
Looks Like Congress Could Be Getting Its Act Together
By Eugene Daniels
By Eugene Daniels
August 10, 2015
Congress is home for its August recess, and it looks like it may finally be breaking its least productive streak.
SHOW TRANSCRIPT

From the outside, the current Congress seems like it spends a lot of time fighting ...

"He's going to burn himself if he continues down this path," Speaker of the House John Boehner said in a press conference.

But for all its apparent dysfunction, Congress has actually been more productive than in recent years.

As legislators head home for August recess, 44 bills have made it through both chambers of the 114th Congress, 32 of them with substantive legislation, according to Pew Research Center.

Before heading home for recess, the 112th Congress had passed only 28 bills; the 113th had passed 31.

Of course, if you're taking a broader view, members shouldn't be so quick to pat themselves on the back. Compared to your average Congress, it's still not doing so hot.

But the current Congress has taken on some major legislation, including the government's ability to look at your phone records and reforming the way doctors are paid by Medicare.

Next on the docket: a spending bill to avoid another government shutdown. That should be a cinch.