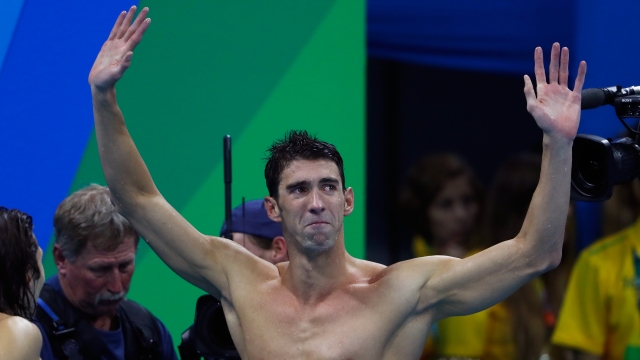 SMS
Michael Phelps' Olympic Career Put In Context
By Carter Woodiel
By Carter Woodiel
August 14, 2016
From breaking a 2,000-year-old record to medaling more than entire countries, the "Baltimore Bullet" has done it all.
SHOW TRANSCRIPT

Michael Phelps is the most decorated Olympian ever, but you probably know that already. But just like his record-breaking swims, his career is pretty stunning when you put it in context.

First off, Phelps has won more individual events than any Olympian in history. This is an impressive feat, considering the old record had been standing for over 2,000 years.

That record had been held by Leonidas of Rhodes, an ancient Greek sprinter who won three events at four straight Olympiads, the last of which came in 152 B.C.

And when you factor in relay golds, Phelps' total comes out to 23. That haul is so big, it's not just the envy of other athletes, it has entire countries beat.

Phelps also has remarkable medal-winning efficiency. He's competed in 30 Olympic events in his career and has walked away with a medal in all but two of them.

Plus, Phelps was still able to win golds at his fifth Olympics. No American male swimmer had even made five Olympic teams before Phelps.

No one knows how long people will be talking about Phelps' Olympic career. But in the spirit of ol' Leonidas, 2,000 years sounds about right.